Performance „Heavy Grief vs Sweet Charity” is a tale of satisfaction and its lack.

It is a picture about the collision of worlds that do not have much in common, although they depend on each other. Embedded in the subject of complex consequences of overproduction and overconsumption of textiles, performance is an attempt to show the impact of these processes on both the reality in which an individual is forced to function and modern global social dependency networks.

Heavy Grief is the personification of mourning after the process of social change. His attribute is a pack of used clothes compressed by sorting factories, prepared for export to the countries of the Global South. The character is pulled in and spilled out as an effect of the consumption of modern man that neither has the beginning, nor the end. He represents, among others – craftsmen who, although are not directly related to the mass production of textiles, have been entangled in the net of its negative effects.

Sweet Charity – disarming ignorance. She is the personification of the unconscious fashion consumers: a contemporary elite that is convinced of the desirability and importance of apparel recycling. Charity is the executioner and the victim at the same time. At first glance, she has power over the viewer – she presents her social and economic position to observers. At the same time, she does seem to be caught up in the trap of images and social expectations in which she lives. 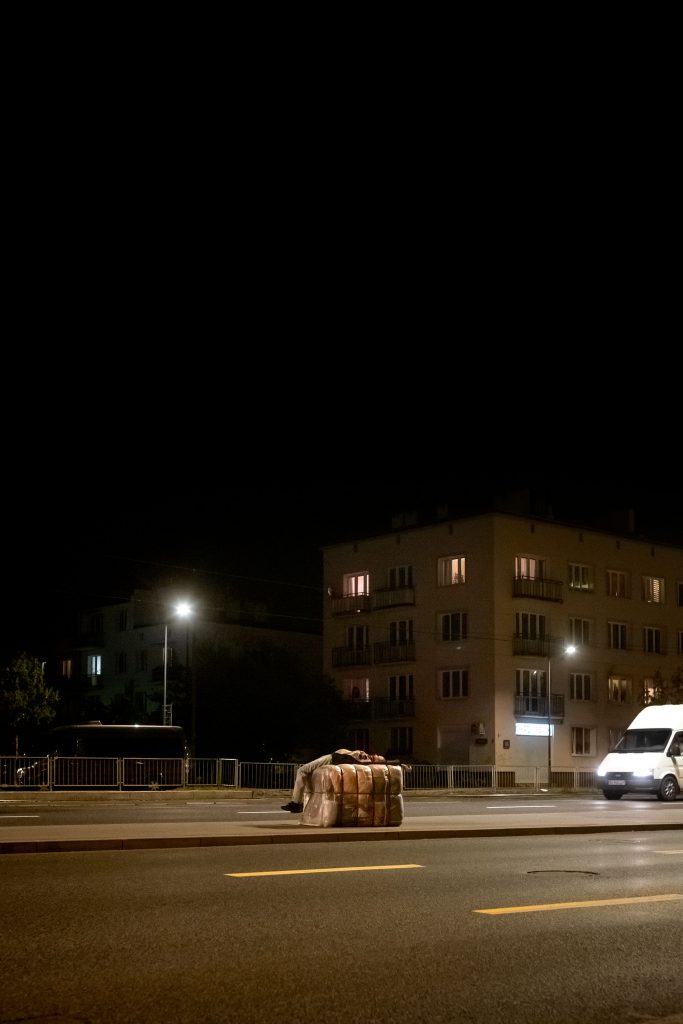 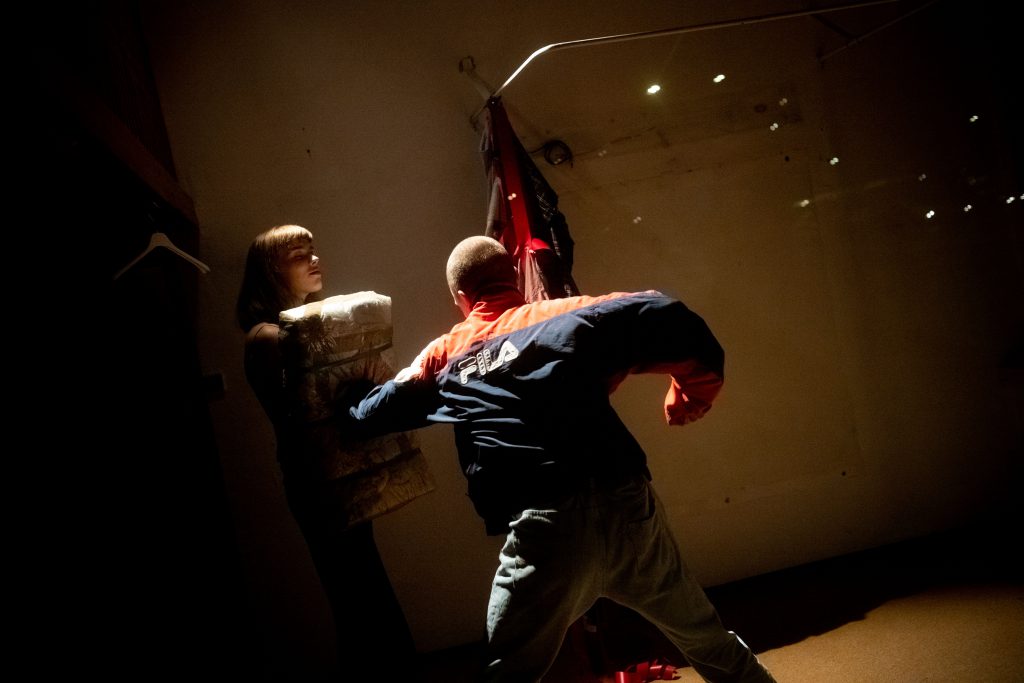 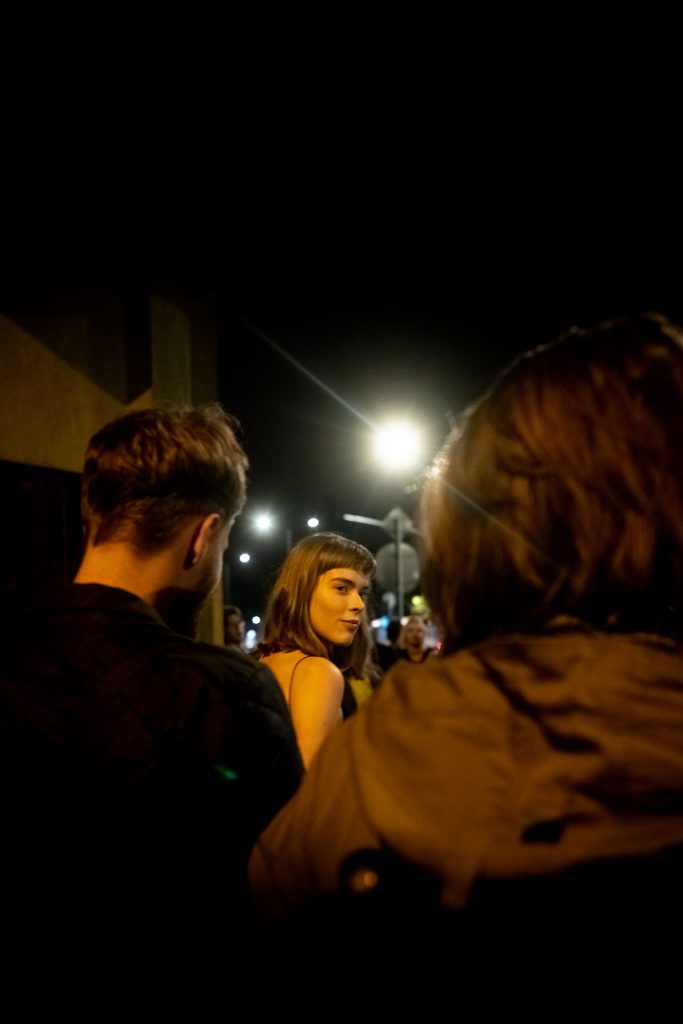 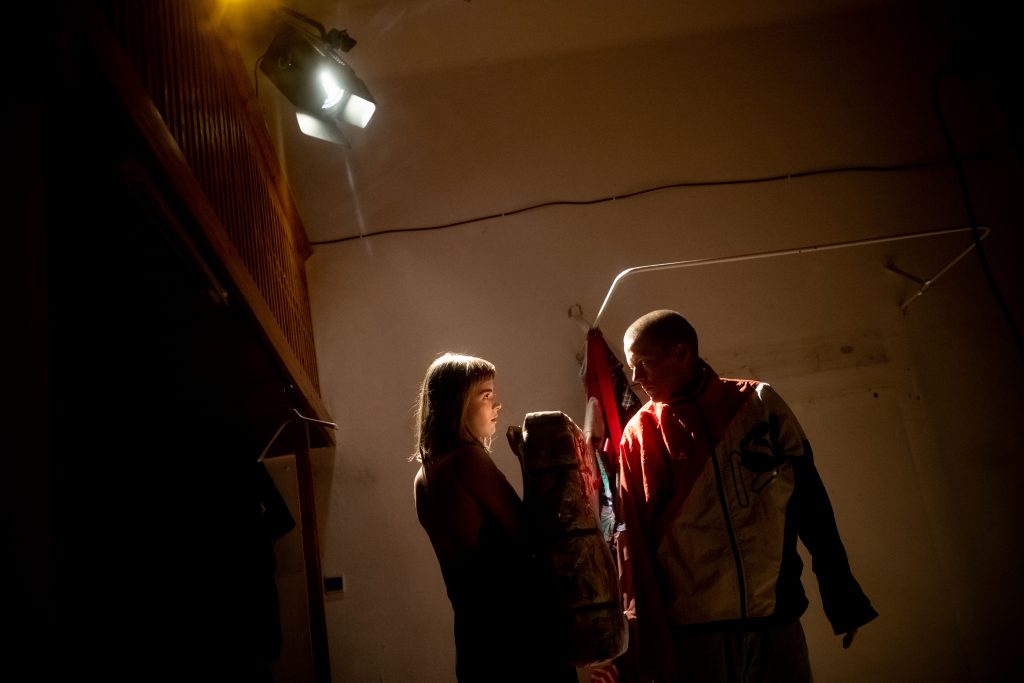